Hawaii Cuts Uninsured Population in Half

In case you haven't seen Charles Gaba's great website ACAsignups.net, you really need to see it. It is the best source available for tracking Obamacare enrollments, covering all categories of signups, including Medicaid, the federal and state exchanges, off-exchange signups, and estimated under-26ers.

One of the most notable achievements of Obamacare is in the President's birthplace, Hawaii, where the number of uninsured people has already fallen by more than half, despite having a horrible website for the state-run exchange. The biggest chunk of this is through Medicaid enrollments, both people newly eligible and those previously eligible who had not signed up ("woodworkers," people who've come out of the woodwork). Here are the totals:

Moreover, approximately 10,000 Hawaii residents are ineligible for Medicaid or ACA subsidies due to their immigration status, so the state is doing very well indeed.

For those of you who haven't seen it, below is Gaba's pride and joy, "The Graph." It's the best visual interpretation we have of how signups have proceeded since the rollout of Obamacare October 1. Note that we can expect a big last-minute rush over the final weeks of open enrollment, so we will see soon just how well the first year's signups have gone. 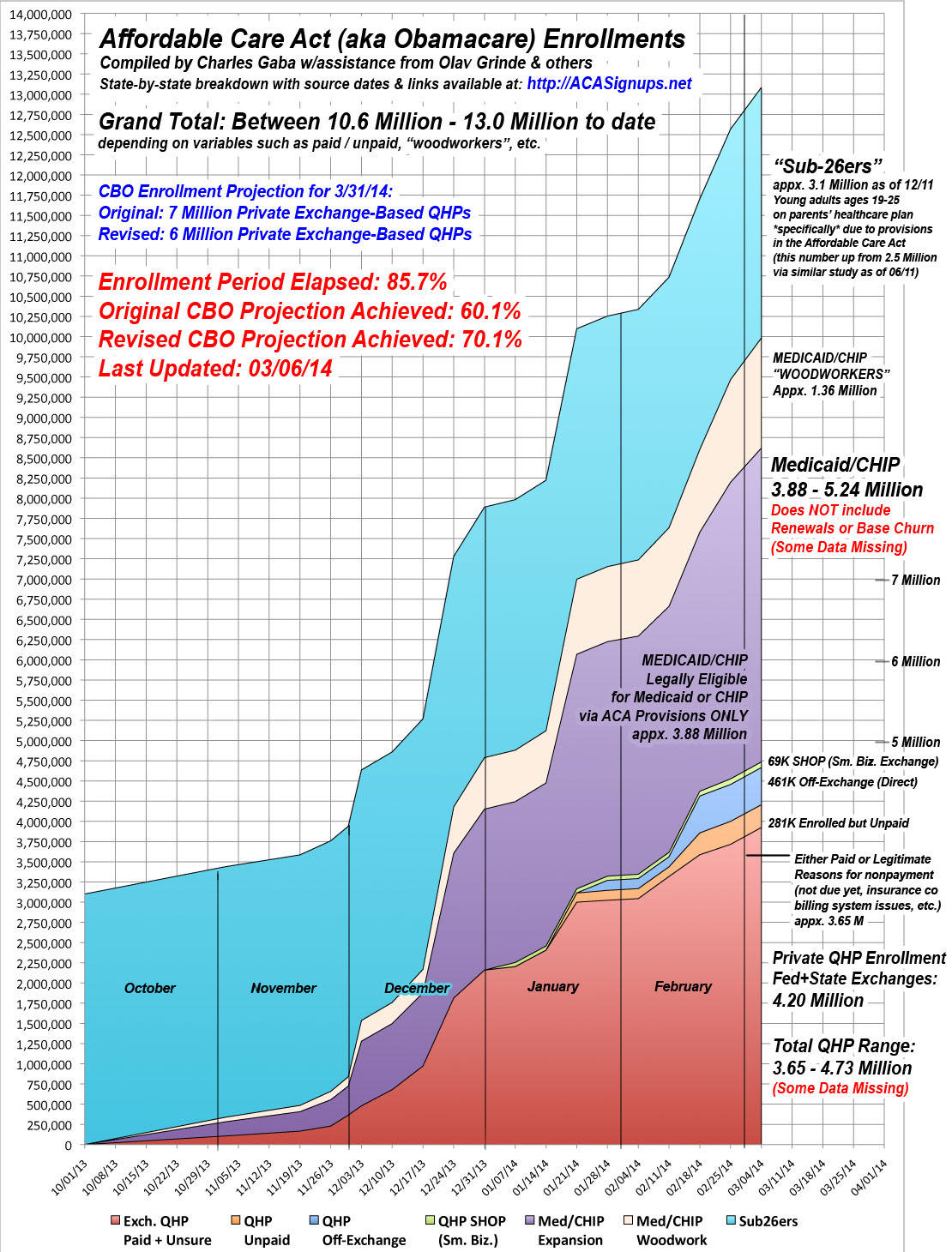